Energy demands continue to rise as a result of increasing population and urbanization. Maintaining a comfortable indoor temperature accounts for a significant portion of energy use worldwide, and innovative new insulative and efficient materials for building structures are at the forefront of energy conservation.

Cement and concrete play major roles in the construction industry and researchers are seeking ways of creating better materials that provide high levels of insulation without sacrificing structural strength. Thermal conductivity is critical in the development of these materials as lower thermal conductivity values correlate to better insulative systems. With Trident, testing thermal conductivity of concrete is easy, as sample sizes do not need to be adjusted and can be tested in a matter of seconds.  Both MTPS and TPS transient sensor can be used, depending on the objectives of the testing. 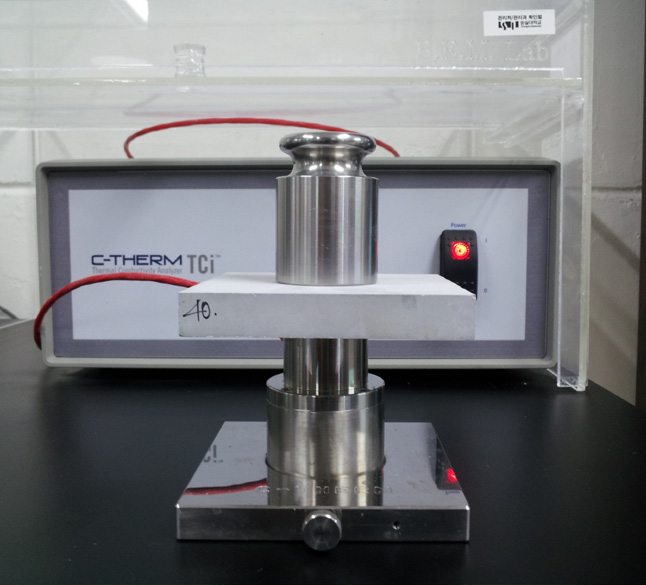 This case highlights research into more insulative building materials by mixing aerogels with cement for better thermal performance. Aerogel is an extremely insulative material with a stated value of less than 0.03 W/mK in pure form. 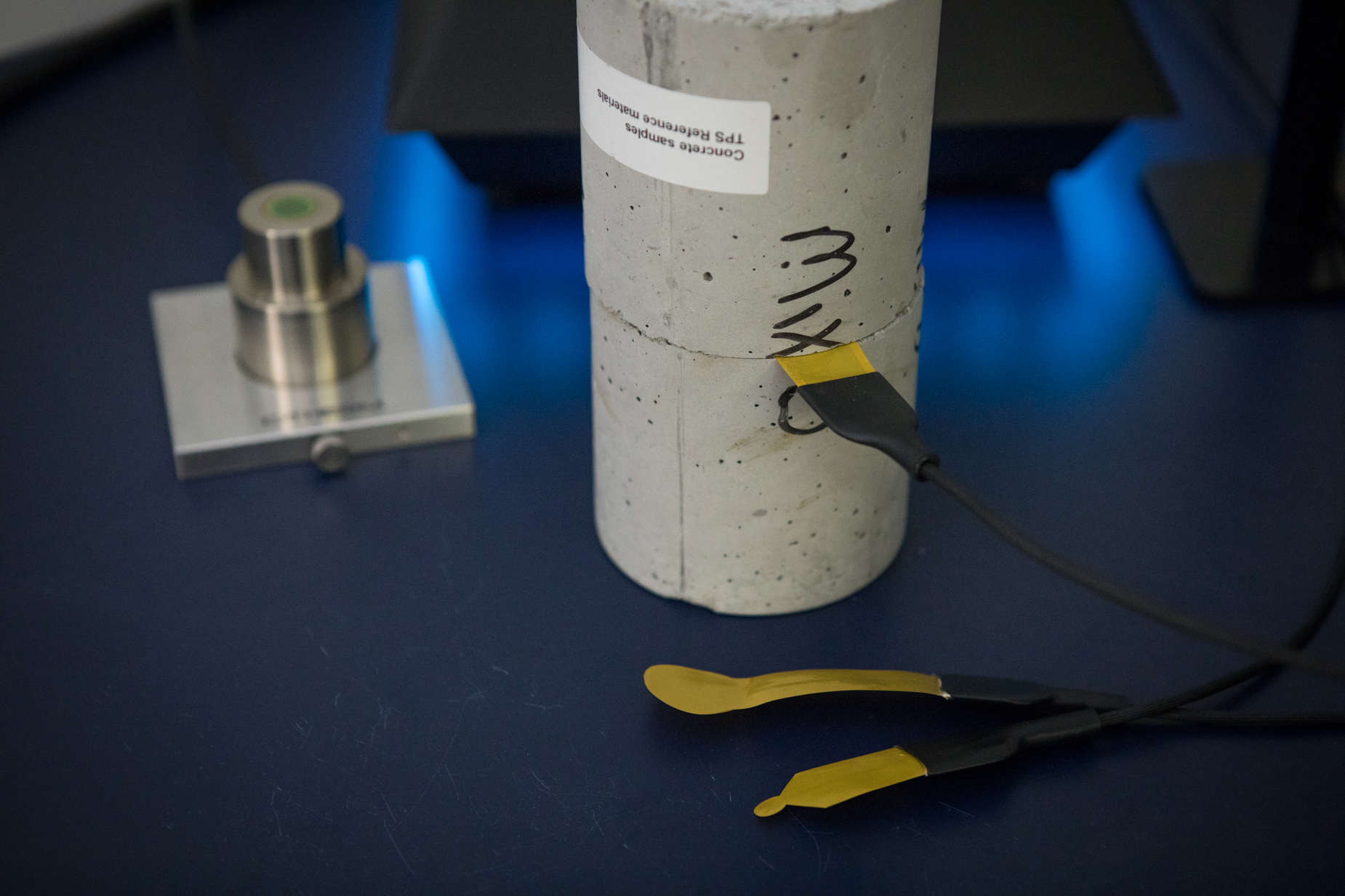 The flexible, 13mm Kapton-based sensor was placed between a sliced lightweight concrete cylinder.

Referencing ISO standard documents and an approximation of the thermal conductivity, the power applied was chosen to be 0.5W and the measured test time to be 40s. Experiments were carried out in 10 trial segments. 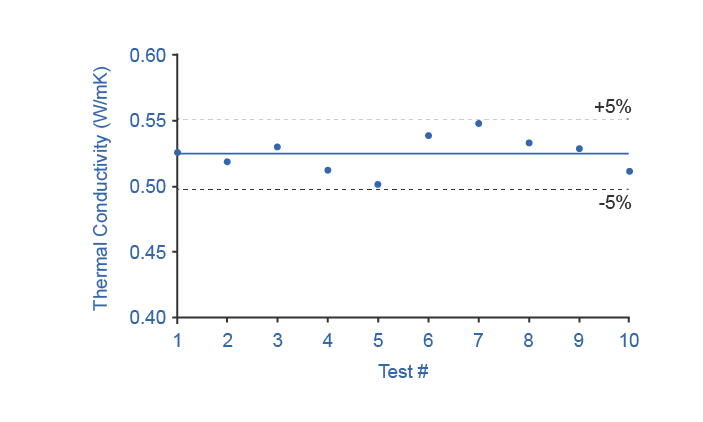 Following ten measurements with removal of the sensor between tests, the thermal conductivity of the lightweight concrete was determined to be 0.52 W/mK with a reproducibility better than 5%.

Figure 1. illustrates the reproducibility results, with the average thermal conductivity of the 10 trials represented by the solid line. Above and below the average line are +/- 5% error lines. The observed variation between tests can be partially attributed to the sample’s inhomogeneity.