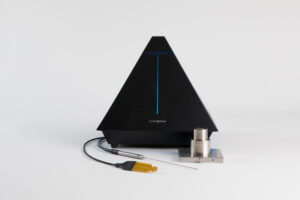 Testing the thermal conductivity of energetic materials is necessary for understanding the time to ignition through the self accelerating decomposition temperature (SADT). However, explosives pose a challenge with traditional steady-state techniques, as the required large volumes of material pose undesirable safety risks or the necessary sample geometries are impractical. This often leads to estimation of thermal conductivity in predictive models rather than true measurement. C-Therm’s Trident Thermal Conductivity Instrument can be configured with multiple sensors, including the Modified Transient Plane Source (MTPS) sensor. This sensor was designed to be able to test explosives safely and quickly. The MTPS employs a small, rapid heat pulse, and only requires volumes of 1.5 mL, ensuring a safe testing atmosphere compared to other methods.

Why is Thermal Conductivity Important for Energetic Materials?

This following is a case highlight from work done by the Canadian Explosives Research Laboratory. Read it here. 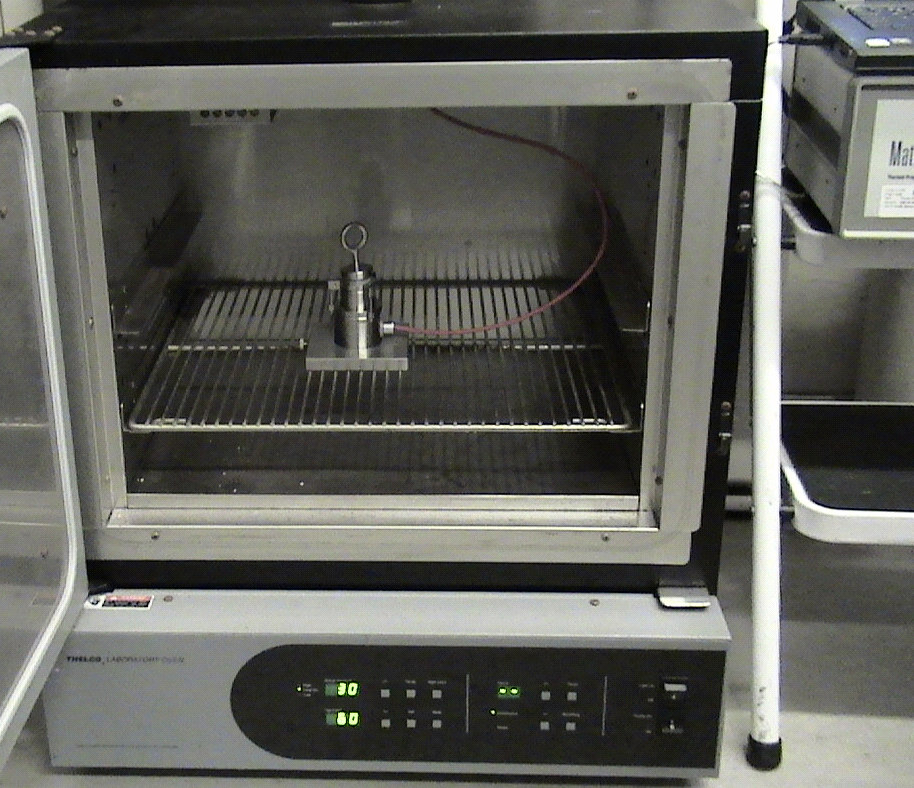 The use of ammonium nitrate emulsion (ANE) in mines, quarries and construction is well established and ANE’s are, in fact, very insensitive and stable products at standard temperature and pressure of normal manufacturing, especially compared to previously used nitroglycerin-based products. The purpose for studying thermal decomposition behaviour of ANE explosives is due to the continued worldwide occurrence of tragic incidents involving the production, processing and handling of ANE’s.

In order to test the ANE, a small volume test kit was used in order to minimize required material. For the sample testing, about 2.5mL was used which equates to roughly 4 grams of ANE. The sensor was placed inside an oven and a weighted cap was used to ensure that there was complete coverage of the sensor during testing.

The table below lists the measured thermal conductivity values for various batches of emulsion with increasing amounts of aluminum and microballoons.

The following is a case highlight of work done by the French-German Research Institute of Saint-Louis. Read it here.

In an effort to improve military safety, a study was performed on ways to reduce the accidental initiation of explosives. Ignition occurs due to the movement of heat, particularly the buildup of heat within the material. Heat can often build up in heterogeneous areas of a material containing voids, defects, or air pockets often called “hot-spots.”

The study focused on the development of nano-β-HMX, a high density and high detonation velocity explosive. On the nanoscale, most of the void spaces within this structure are taken up by air; air has a low thermal conductivity and thus allows heat to build up in the surrounding areas of the void. To combat this, a filler of Clariant Licowax BJ was used, since it was both inert and thermally conductive. The thermal effusivity of the explosive was measured to determine how fast the HMX will exchange heat with the environment – in this case, the void space. Results can be seen below.

Table 1: The thermal conductivities of various combinations of HMX and Licowax BJ

The HMX containing the Licowax exhibits a much higher thermal effusivity than without. This indicates that the heat will more easily spread to the void areas with the addition of wax, thereby reducing hotspots and thus, accidental ignition.

The following is a case highlight from a paper done by the French National Institute for Industrial Enviornmental and Risks. Read it here.

Areas with high concentrations of combustible dust and powder are notoriously an explosive hazard. An explosive atmosphere can be caused from mining, or the grain processing industry, where the large number of fine particulates are at risk of explosion due to their combustibility and high surface area. One strategy to reduce this is by mixing inert solid materials with the combustible powders to reduce the chance for ignition, and the severity if one does occur. 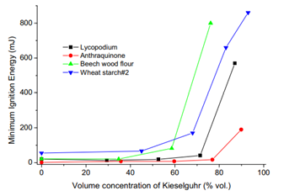 As can be seen, the inclusion of solid inerts had little to no effect on the minimum ignition energy, until a threshold was crossed, after which the energy increased dramatically. Further research from this work is to compare other inerts with different thermal conductivities to see how this effects the threshold point.