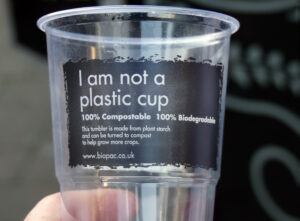 Figure 1: A cup made of a biodegradable biopolymer. These biopolymers can be broken down by microorganisms, helping to reduce plastic waste.

Bioresources have attracted significant attention due to their potential utilization as key ingredients of biocomposites. The use of natural polymers or biopolymers is of high interest due to their abundance and biodiversity that can induce various properties at low costs. Moreover, they are biocompatible, biodegradable, non-toxic, and possess a high reactivity. For ecological reasons, natural polymers are often preferred over synthetic ones, efficiently using the renewable biomass. However, sometimes natural polymer-based products do not possess satisfying or favourable properties and fail to meet specific requirements. To overcome this problem, many efforts have been made to advantageously combine great versatility of synthetic polymers with the biodegradability and biocompatibility of natural polymers. Thus, the resulted products have biodegradable nature, since the biopolymer protein can be consumed by microorganisms, while the subsequent synthetic polymer left over undergoes natural elements attack (UV photo-degradation, thermal oxidation, etc.).

Thermal properties of biodegradable polymers are critical characteristics for many different applications. The poor thermal, mechanical, chemical, and physical properties of biopolymers and their inherent permeability to gases and vapor have increased this interest. A polymer blend is a mixture of two or more fillers that have been blended to create a new material to improve gas permeability, moisture permeability, crystallinity, morphology, thermal stability, and anti-microbial properties. The performance of polymer blend is dependent on the size, distribution, morphology chemical, physical and thermal properties of the nanofillers and matrix.

For example, the thermal stability of biodegradable polymers such as PLA, PHB and PCL is a key factor in determining the processing feasibility of them in industry. The reason for the thermal degradation of thermoplastic polyester arises from their chemical origin. Such polyesters are synthesized through the esterification reaction. The reaction is reversible and can be accelerated by heat, during processing. There are generally many ways to improve thermal properties of polymers. One of these includes the nanocomposite approach. Nanotechnology has been successfully used to produce biodegradable polymer materials with high performance and its advantages of nano-over micro scale of filler in polymer composites. In general, it is believed that the mechanical and thermal properties improvement in nanocomposites come from the reactive end groups of polymers which can interact with nanoparticles surface thus create much more surface area for polymer/ filler interaction. Natural polymers such as starch, cellulose and, hemp material are interesting because of their safety, biodegradability, and cost-effective price.  They have a high specific component of surface energy, therefore they display enhanced both mechanical and thermal properties of polymer. 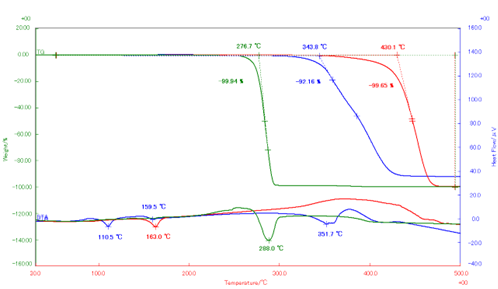 Figure 2: Plastic straw made of PP, PLA, and PHBH

The Rigaku STA is a hyphenated method where the sample’s change in mass is measured continuously during heating, cooling, or temperature hold, simultaneously with DTA or DSC. The Rigaku STA (STA-8122) is defined as technique in which a samples temperature is subjected to a programmed temperature change which the sample’s mass (or reaction product) and the heat flow difference between a sample and a reference material is monitored as a function of temperature or time. In STA, the inert atmosphere and air atmosphere, flow humidity as atmosphere during a measurement can be used. The relative humidity can be controlled ranging from RT~85℃, Dry~90% RH.

Rigaku DSC (DSC-vesta, -170 ℃～725 ℃) and (DSC8271, High Temperature, RT～1500℃) are methods where the samples endothermic or exothermic reaction is observed during heating or cooling program. There are many features available for add-on, such as UV irradiation, sample observation, and auto-sample changer. Modulated DSC is also available, which is typically agreed to be the best way to measure heat capacity (by separating reversible and non-reversible heat events).

Rigaku Thermomechanical analysis (TMA) is another technique in which the temperature of the sample in a specified atmosphere is programmed and that the sample’s change in dimension is monitored as a function of temperature or time.