What is Thermal Conductivity? How is it Measured?

What is Thermal Conductivity? 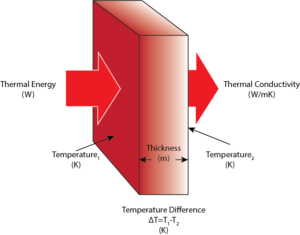 Figure 1: Heat Transfer Through Conduction of a Plane Wall Showing the Importance of Thermal Conductivity in Heat Transfer

Heat can transfer via three methods: conduction, convection, and radiation. All heat transfer occurs when there is a temperature difference between two regions; conduction is distinct in that the heat “passes through the body of the substance itself” [1]. Within solids, convection is absent, and radiation is usually negligible, meaning that conduction is extremely important for describing thermal behavior.

Since conduction happens through a substance, it can occur either within an object, or through two contacting materials. The defining formula for conductive heat transfer is described by Fourier’s Law of Thermal Conduction:

Where q is the heat flux (W/m2), ∇T is the temperature gradient (K/m), and k is the thermal conductivity [2]. This mathematically demonstrates that the heat transfer is linearly proportional to the temperature gradient, with the thermal conductivity of the material representing the proportionality constant. This means that it can have a large impact on the rate of heat transfer.

Since thermal conductivity is a physical property, it will change based on the type, structure, and state of the material. Likewise, it is also a function of temperature, which is important to consider in applications where temperature can vary greatly, such as electronic thermal management [3]. Similarly, the inverse of thermal conductivity is thermal resistivity, which is an intrinsic property, indicative of the material’s effectiveness as an insulator [1].

Conductivity in solids can vary widely. For example, metals are usually very thermally conductive due to the delocalized electron movement within metallic bonding. This contributes to metals heating quicker than other materials like plastics or glass. 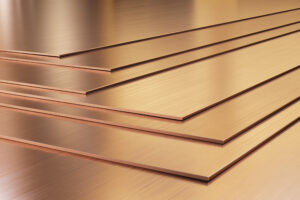 However, all solids—including metals—conduct heat via vibration between adjacent atoms. Certain solids like Styrofoam have a low k value and act as insulators. This is partially due to the low k value for air that is contained within the void spaces of these materials [4]. For more information on the theory behind thermal conductivity, see the video below:

One example of the importance of conductivity is the field of polymer composites and additives. Polymers are being used more and more frequently in heat-sink applications from electronics, to biomedical devices, to automotive parts. 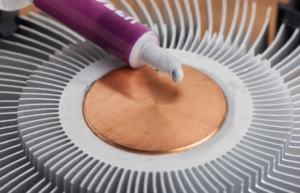 However, in order to replace metals and ceramics for these heat-sensitive applications, the thermal conductivity has to be improved. This is accomplished by using additives that increase the conductivity such as copper, silver, carbon nanotubes, and graphene. These composites can then be used for thermal management, as the increased conductivity will more effectively move heat away from sensitive materials. However, challenges with filler distribution in the polymer matrix can alter its thermal properties. Therefore, it is necessary to test and quantify the thermal performance to ensure that the composite functions as designed [5].

How is it Measured? 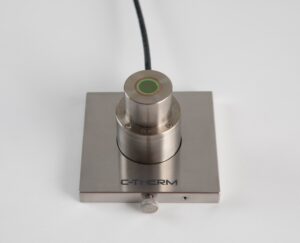 The Modified Transient Plane Source (MTPS) sensor is a single-sided, interfacial heat reflectance sensor with measurement times between 1-3 seconds. Thermal conductivity and effusivity are directly measured and operates between -50 to 200°C. It conforms to ASTM D7984, and is recommended for solids, liquids, powders, and pastes [6]. This is widely used due to its quick test times and ease of sample preparation. 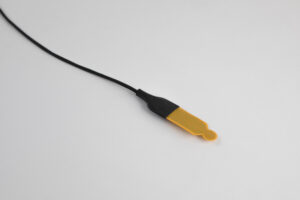 The Transient Plane Source sensor is a double-sided hot disc sensor. It can simultaneously determine the thermal conductivity, thermal diffusivity, and calculate the specific heat capacity from a single measurement. It operates between -50 to 300°C, conforms to ISO 22007-2, and is recommended for solids [6]. 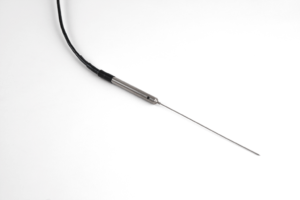 Finally, the Transient Line Source method uses a needle probe style sensor which is entirely submerged in the material, heating it radially. This measurement usually takes between 2 and 10 minutes and is best used for things like polymer melts, soil, gravel, or viscous fluids. Conforms to ASTM D5334, D5930, and IEEE 442-1981 [6].