This post highlights the use of the Modified Transient Plane Source (MTPS) method in the thermal conductivity testing of thermal interface materials (TIMs). 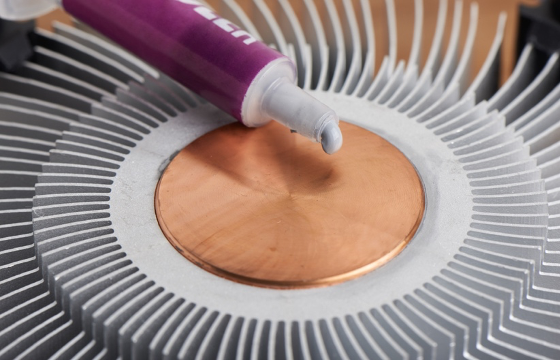 TIMs are employed as a form of thermal management used in many of today’s electronic devices. They act as an intermediate to aid in heat transfer, usually between a heat generating, temperature sensitive component and a heat sink. They can be found in various formats, including pastes/greases, adhesives, potting compounds, phase change materials (PCMs), thermal gap pads and more. Proper TIM selection will depend on a variety of factors, of which temperature conditions, material compatibility and size/space availability can be viewed amongst the most important. In all cases however, the thermal conductivity of the TIM can be used as a guiding metric to quantify the expected heat dissipation performance. It is therefore crucial to use an accurate method for thermal characterization for both performance improvement and thermal runaway avoidance.

Under the transient class of thermal characterization methods, C-Therm’s Modified Transient Plane Source (MTPS) method provides unique capabilities with respect to the measurement of TIMs. Many methods suitable for testing solids are not able to measure other material formats, while MTPS is capable of testing not only solids, but also liquids, powders and pastes across a broad temperature range (-50ºC to 200ºC). This allows for the testing of all listed TIM formats using a single method. The MTPS technique is available on C-Therm’s Trident platform, a modular system that can also be configured with the more traditional Flex Transient Plane Source (TPS) and Transient Line Source (TLS) methods. 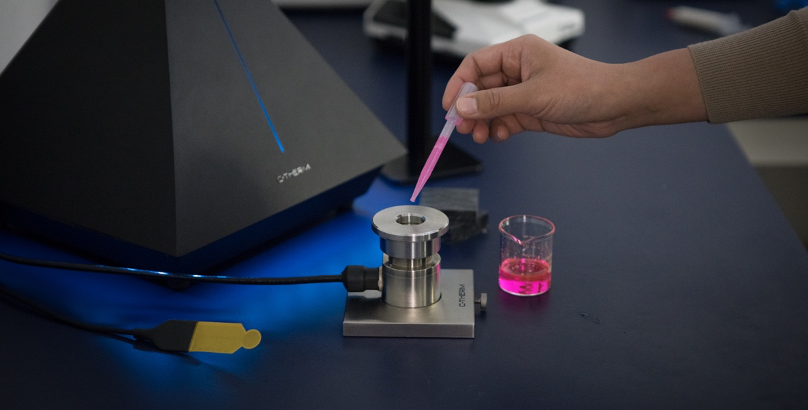 TIMs encompass a wide range of material types but are often compressible, introducing added complexity when it comes to properly characterizing their thermal conductivity. Many thermal characterization techniques rely on physical contact between the sample and the sensor which is accomplished by some form of applied force. The extent of the force applied can result in changes to the TIM structure, densifying under the applied load. Most TIMs are characterized under a controlled or specified range of compressions as this is well known to have an influence on the thermal performance. It is therefore important that the method used can control for this to ensure data is collected in a way as to not bias the results.

Methods such as the double sided TPS are not ideal for TIM characterization as the ISO 22007-2 standard states “With soft materials, the clamping pressure shall not compress the specimen and thus change its thermal transport properties”, meaning the TIM can only be accurately tested in an “uncompressed” state which may not give truly meaningful data. On the other hand, the MTPS can be paired with C-Therm’s Compression Test Accessory (CTA), allowing for testing under a range of applied forces and compression states for truly representative results. 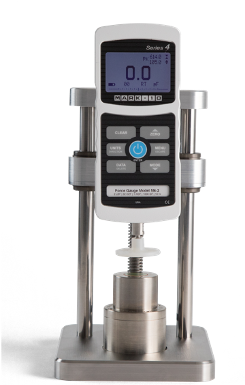 A gap pad style TIM sample was tested via MTPS under varying force loads. The data is provided in Figure 4, below. 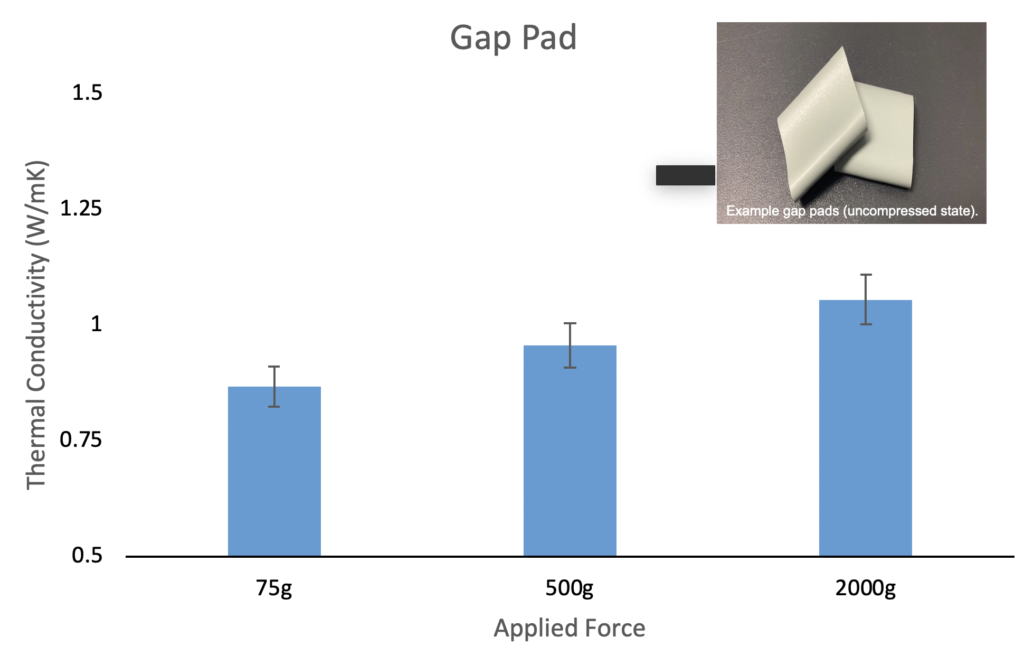 Another aspect to consider when testing TIMs are that many have filler materials added into the base material to improve thermal performance. These additives can take a material from < 1W/mK into the 10+ W/mK range. Filler loading and dispersion are important factors to optimize to ensure the end product does not result in “hot spots” and can evenly dissipate the generated heat. 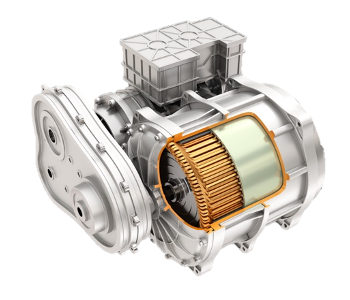 Due to the relatively small active area of the MTPS (<18 mm diameter) it can be used to thermally map materials to ensure even dispersion. Also, important to note is that the MTPS works based on a pre-selected calibration. This reduces operator bias and allows for fast and easy testing. Due to the significant influence of additives, the MTPS calibrations may be pushed outside their preset limits for some TIMs. To overcome this, the MTPS calibrations can be refined by manually inputting material density (p) and heat capacity (Cp), which allows for a truly accurate measurement of the filled TIM. This input requirement is similar in nature to how traditional Laser Flash methods operate following ASTM E1461. While not required in all cases, the manual input can be beneficial for certain test scenarios, especially further downline such as a product certification.

A cured potting compound was tested using both MTPS and TPS methods under minimal applied load for comparability. The data is provided in Figure 6, below. 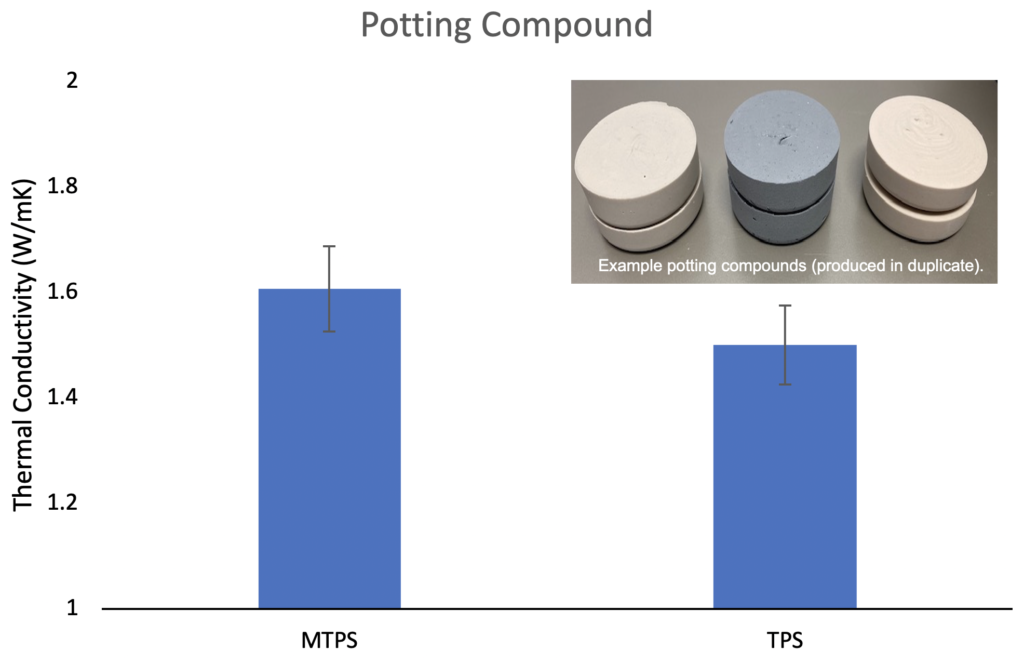