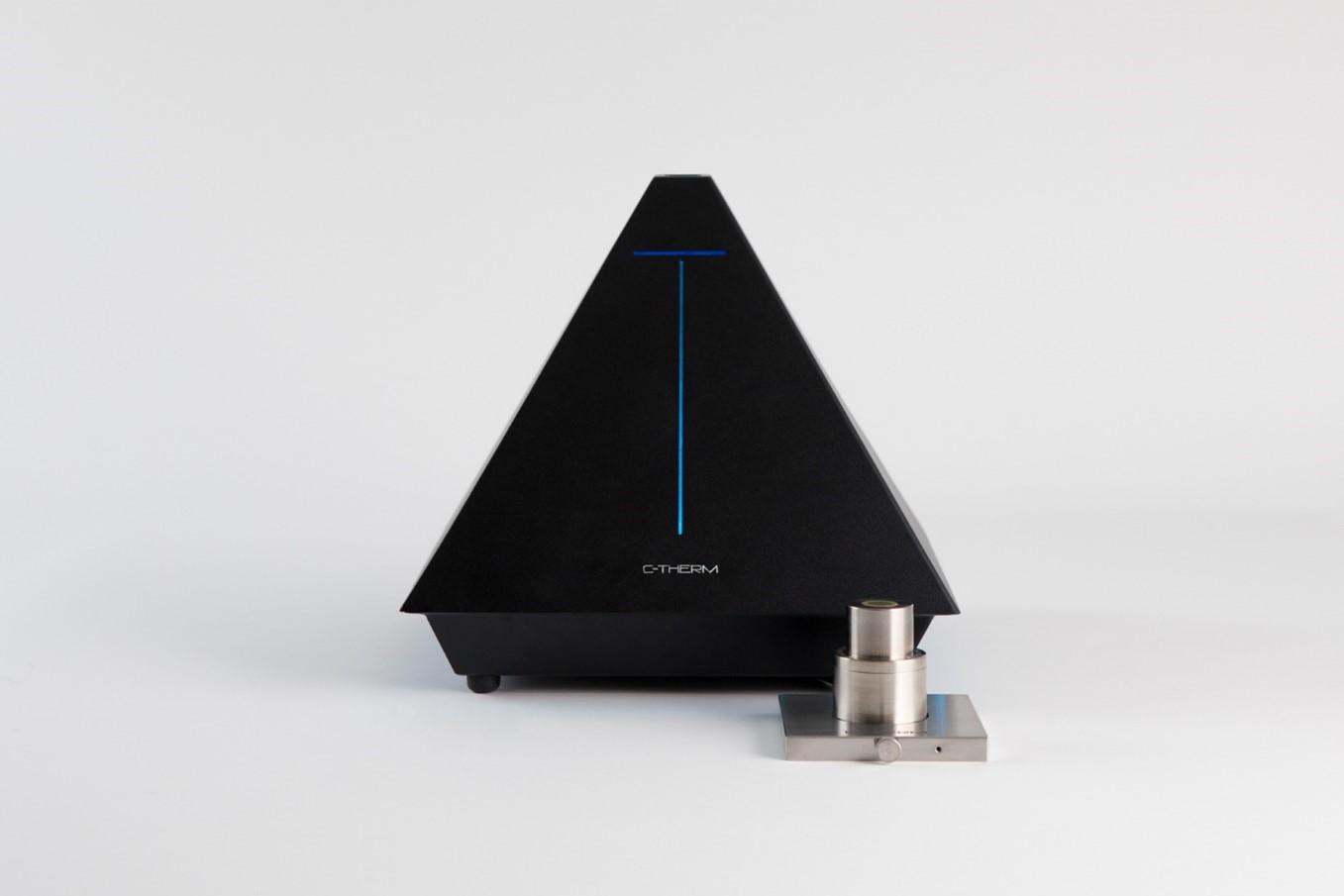 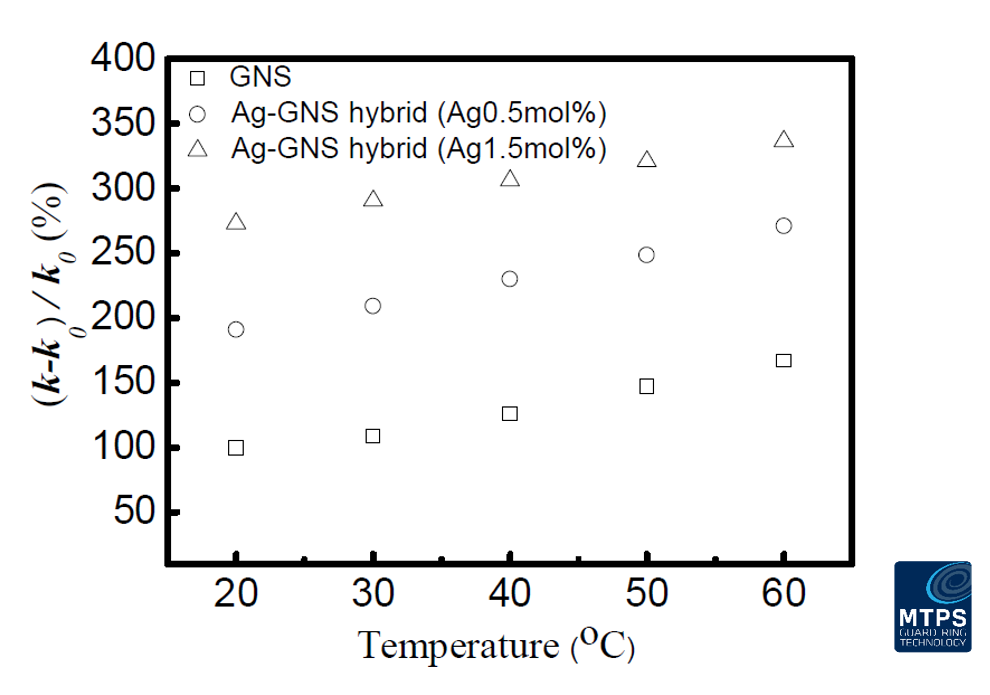 Moisture content is an additional environmental condition that can significantly affect the thermal conductivity of hygroscopic materials. This is mainly prevalent in materials such as foams, insulations, and porous adsorbents. A paper published by the Interdisciplinary Graduate School of Engineering Studies in Japan [2] studied the effects of relative humidity on the effective thermal conductivity for zeolite-based absorbents. The MTPS sensor was placed inside of a control cell with the humidity level managed by an evaporator. Figure 3 below shows a photo of the experimental setup, with the resulting data shown in Figure 4. 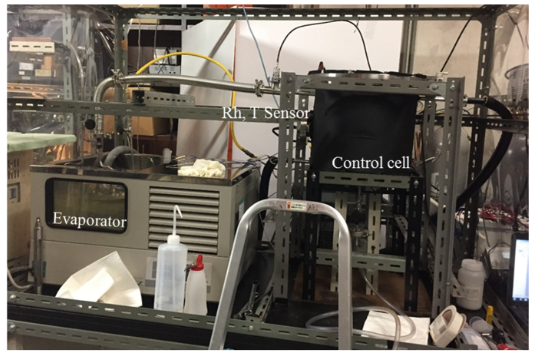 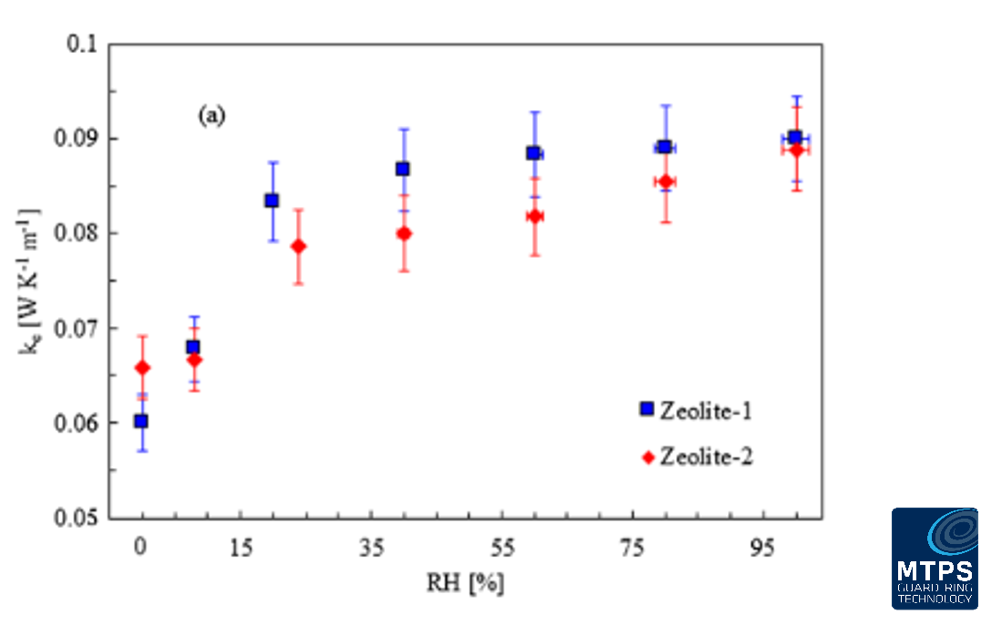 For non-rigid materials susceptible to changes in density, the thermal conductivity is known to be impacted by the densification of the medium. This is important in measuring textiles, powders, foams, and insulations. One of the increasingly important application spaces dealing with compression is the electronics industry with gap pads and other thermal interface materials. Gap pads typically experience compression to some extent while in use, densifying under the compressed load. Some compression is likely appropriate for measurements, but it should be representative of the application. An ideal option for these measurements would be to test under a range of applied forces for representative results. This can be done by pairing the MTPS sensor with C-Therm’s CTA Compression Test Accessory (CTA), allowing for not only testing under representative conditions but also in a repeatable manner. Figure 5 below shows the relationship between thermal conductivity and the applied force of a gap pad-style thermal interface material, as measured with the MTPS sensor and the CTA. 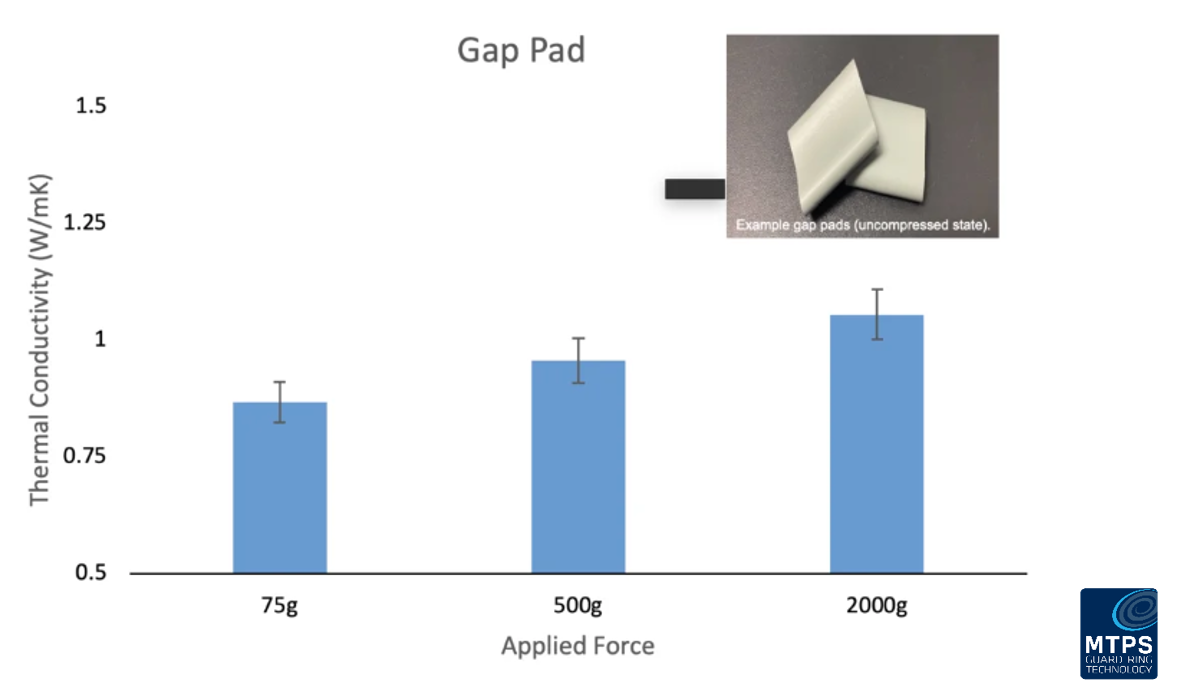 Figure 5 – Relationship between thermal conductivity and the applied force of a gap pad-style thermal interface material, as measured with the MTPS sensor and the CTA.

TIM Testers are often used for performing impedance measurements of TIMs (Thermal Impedance vs Thermal Conductivity), which are then used to calculate ‘apparent’ thermal conductivity according to the ASTM D5470 standard. Issues can start to arise, however, as certain types of TIMs will require higher forces for measurements while using a TIM Tester, up to 500 PSI in some cases. These high levels of force result may result in excessive densification, which will impact the measurement and the calculated apparent conductivity. This can produce results of higher thermal conductivities, which may seem beneficial at first glance, but is not necessarily a representative result. It should also be noted that the standard has no stated value of precision or bias. It is stated that measurements were taken by laboratories in a round-robin study, in which the calculation of apparent thermal conductivities was found to be +/- 18% of the mean values from all of the labs involved.