Why is the thermal conductivity so low? The effect of interstitial air on the effective k of powders

Researchers new to thermal conductivity measurements are often confused as to why their metal powders exhibit such a low thermal conductivity. Typically, a researcher will test a powder of a high conductivity metal or ceramic and be alarmed when the value measured is much lower – often by a factor of 100 or more – than originally expected. Why, if the solid material has a thermal conductivity of several hundred W/mK, does the powder test at about 0.1-0.5 W/mK? Shouldn’t it be higher? 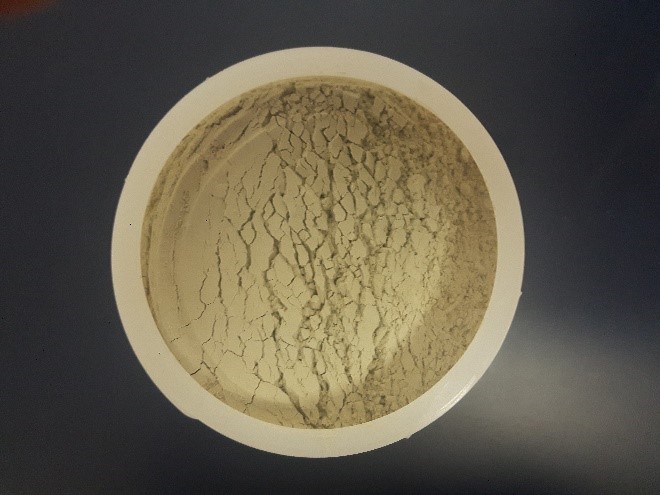 The answer may surprise you: Such low thermal conductivity of powdered metal is exactly as expected according to the accepted theory of heat transfer in powders! In this blog post, we’ll detail some of the theory on the physics of heat transfer in powders and why powders can be expected to exhibit effective thermal conductivity about 50x to 100x lower than that of the bulk material. 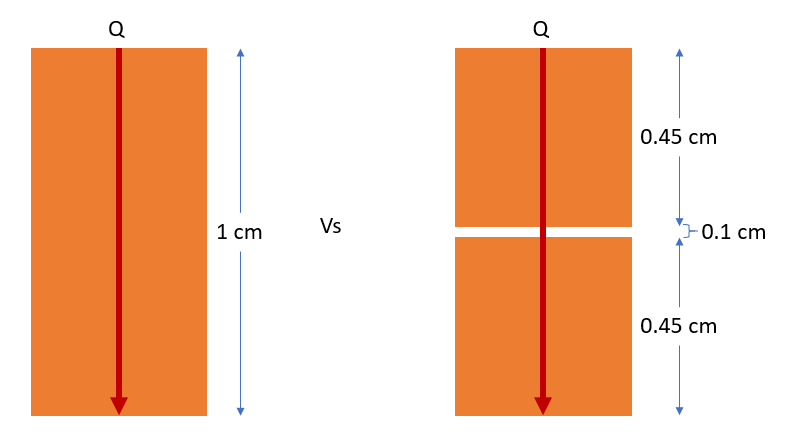 To understand why this is the case, consider a simple case of one-dimensional heat transfer between two pieces of copper (above). Copper itself is well-known to have a thermal conductivity of approximately 400 W/mK. A piece with an area 1 m2 which is 1 cm thick therefore has thermal resistance given by the following equation:

Put another way, we can calculate the effective thermal conductivity of the copper sandwich system to account for the effect of this very thin layer of air: 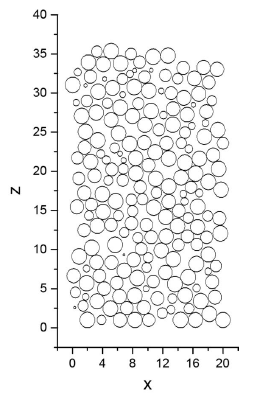 Of course, a powder is more complicated than a sandwich of copper and air: Powders are very complex systems of granular materials with small, but variable particle sizes, in which particles are often distributed randomly (Figure 2). As with the broader category of granular materials, they have two phases, and have properties which may vary depending on packing and volume fraction (density). In powder blends, regional variations in composition may also be present. Furthermore, particle shape and size also influence the overall packing and thermal contact efficiency – and therefore the overall effective heat-transfer properties of the powder.

From an engineering standpoint, powders are interesting due to how common they are in various industrial and engineering processes. Some engineers posit that granular materials, including powders, are second only to water in terms of how often they are manipulated by engineering processes. As such, they’ve been the subject of intense study since the 19th century. Despite this intense study, powder physics is a field that remains incompletely understood owing to how complicated the physical interactions are.

Early attempts to model effective thermal conductivity of powders treated the powders as a dispersed phase in an air matrix, based on Maxwell’s theory (see the equation above, where λ_s and λ_g are the thermal conductivity of dispersed particles and matrix, respectively, and f_s is the volume fraction of the dispersed phase). Although improvements (by Bruggeman in 1935) have been made, models based on Maxwell’s theory are generally limited by the fact that they do not account for particle morphology or for particle-particle interactions, and therefore are better-suited to materials with volume fraction of solid < 20%. Most powder beds have a much larger volume fraction. 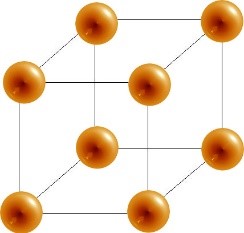 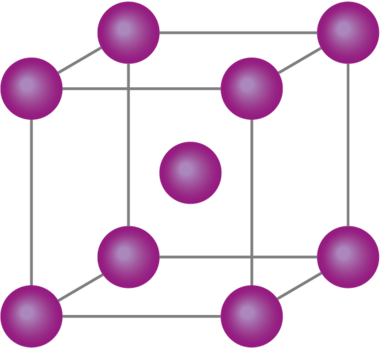 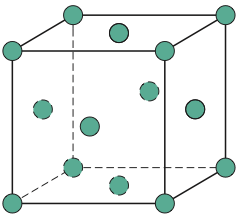 Making the situation more complicated is that powder particles are not distributed in the same way all the way. Some maybe be quite lofted, with flaws such as pores or irregular particle sizes causing inhomogeneity in the packing. In the ideal situation where particle sizes are regular, there are a few classical modes of packing, such as simple cubic, face centered cubic, body centered cubic, diamond cubic, or Hexagonal Close Packed packing motifs (Figure 2) which may occur. Volume fractions of solid species for regular-packed solid phases of spheres are given in Table 1. More commonly, powder materials are randomly packed. In the case of random packing, volume fraction of the solid component may vary between 54% and 64%.

The takeaway of examining the filler fractions of different powder structure is that even the best packed powder is over ¼ air by volume! Given the dominant effect of thermal insulators in a simple one-dimensional heat transfer case, it is no wonder, then, that thermal conductivity of powders is often extremely low compared to the bulk material. That said, given that most powders aren’t spherical in morphology and aren’t regularly packed, how can we predict with better accuracy the effective thermal conductivity of powders?

Modern models of powder thermal conductivity generally consider effects of packing, morphology and more advanced ones even consider effects of unequal particle sizes and radiative heat transfer. Case-specific models for certain types of well-understood packing structures exist, but the random case remains difficult to model analytically, and currently research relies heavily on numerical modelling. One of the most advanced numerical models for powder thermal conductivity is the Model of Discrete Resistances by Gusarov and Kovalev, published in 2009. 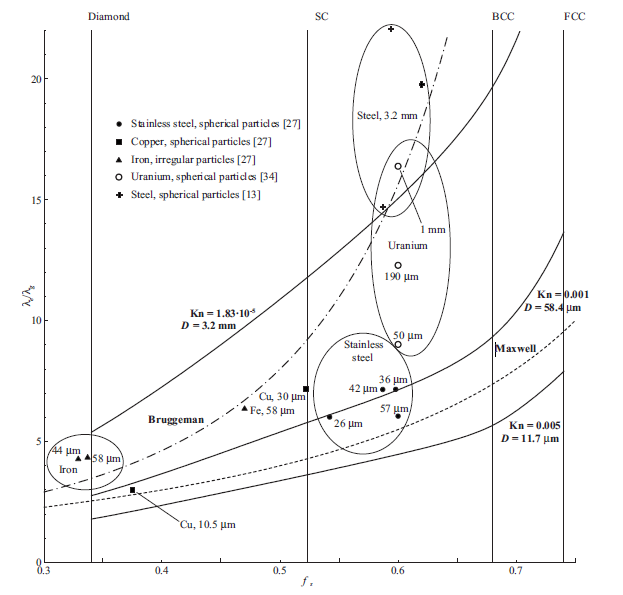 To effectively measure the effective thermal conductivity of powders, you need to take into account a few considerations:

1. The heat increase imparted to the powder should be low for two reasons:

Firstly, to avoid affecting the composition of the powder – this is especially important when dealing with moistened or hygroscopic powders, which may experience significant confounding effect from the evaporation of water in the event of a large heat pulse.

Secondly, to avoid imparting significant radiation effect into the material – the air gaps have very low opacity to radiation, so the effective thermal conductivity of the material may be artificially inflated by a radiation effect if a large heat pulse or thermal differential is introduced between the powder and its surroundings

2. The powder contact with the probe or sensor should be uniform, to ensure consistent results

3. The powder should be under a level of compression similar to its application conditions – this is due to the effect compression may have on the packing density, and therefore the thermal conductivity, of the powder

4. Finally, sample size should be minimized, both for sample cost concerns and to ensure uniform packing density throughout the sample – smaller samples are less likely to accommodate the formation of voids, pores and other packing flaws

An excellent solution for measuring the thermal conductivity of powders is the Modified Transient Plane Source (MTPS) method, as it satisfies all of the above concerns, with a temperature pulse of 1-3°C, a flat, top-loading sensor for assuring sample packing uniformity, the Compression Test Accessory to assure representative compression, and a small sample volume – as little as 1.8 mL may be tested. 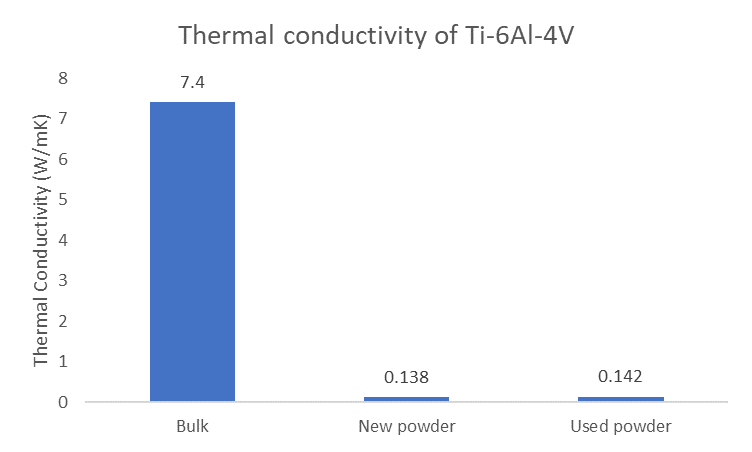 Comment on "Why is the thermal conductivity so low? The effect of interstitial air on the effective k of powders"