The following Application Highlight features the use of the Modified Transient Plane Source method as a qualitative screening tool for the detection of filler dispersion uniformity in polymer composites.

Creating composite materials can introduce new and beneficial performance properties. Whether the goal is to increase thermal heat transfer properties through conductive fillers or increase thermal resistance via insulative additives, the uniformity of filler dispersion will be crucial to overall performance. Localized agglomeration and inhomogeneous dispersion will adversely affect the performance of the material and can lead to thermal management issues. The ability to detect this is important to ensure materials are being manufactured and function as intended, whether injection molded, mechanically mixed or 3D printed. 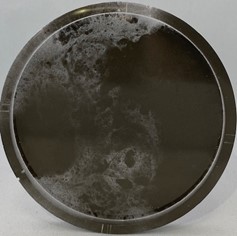 Figure1 – Example of a visibly non-uniform filler distribution in a polymer.

Thermal conductivity (k) can be used as a metric to help detect these potential issues. While thermal conductivity of composites can be measured via various methods, the ability to detect localized differences related to fillers is only readily accomplished using C-Therm’s Modified Transient Plane Source (MTPS). Inhomogeneity of filler dispersion is not specifically detected when using steady-state methods such as Heat Flow Meters (HFM) as the heat flux measurement through the bulk reports an average of the entire sample. Even other transient-based methods such as the traditional Transient Plane Source (TPS) are not suited for this type of analysis owing to violations of the fundamental principles and theory of the method as they relate to sample requirements. The following highlights two different examples of how the MTPS can be used to quickly and reliably detect issues related to filler dispersion uniformity.

Uneven filler dispersion along a material surface can result in “hotspots” and introduce a variety of thermal management issues. To ensure even filler distribution across a given material face the MTPS can be used to spot test localized areas and build a thermal profile of that surface. This is easily accomplished due to small active area of the sensor (~18 mm in diameter) and the unidirectional aspect of the measurement related to C-herm’s propriety Guard-Ring Technology. To demonstrate this, a clear epoxy was filled with conductive metal nanoparticles with visibly non-uniform distribution (Fig 2a). Measurements were performed at 9 different locations across the material surface (Fig 2b). The measured values were then used to thermally map the material surface and correlate to filler distribution (Fig. 2c)

Resulting measurements aligned with expected trends based on visual filler location. Test locations with high filler load (i.e., location 3 and 6) were amongst the highest in thermal conductivity. Locations with visibly low amounts of filler (i.e., location 2 and 9) were amongst the lowest. While for this sample the visual indications alone would be enough to infer poor filler distribution, the example highlights the ability to perform such testing on materials with an opaque polymer matrix or those that contain fillers that are not visibly discernible.

Particle settling through the thickness of a material can cause uneven heat dissipation and result in the formation of a thermal gradient. Based on the MTPS principles of operation related to the probing depth of a “semi-infinite” medium, the MTPS can be used to detect if particle setting has occurred. By testing both the top and bottom side of a material, the reported thermal conductivity value can be used to infer if the additive is evenly distributed or settling towards one side (see image below).

To demonstrate this, a clear epoxy was filled with conductive nanoparticles and allowed to settle over time. After curing, the sample was visible less opaque near the top side compared to the bottom (Fig. 4). Measurements were performed at the center of the sample on both the top and bottom surface.

Results from the measurements can be seen below (Fig. 5). Reported values indicated a significantly higher thermal conductivity reading on the bottom side compared to the top (~150%), which correlated to the difference in filler concentration. Again, as in the previous example the visual indications alone would be sufficient, however the example highlights the ability to perform such testing on materials where this would not be so easily detected based on visible information alone, including most opaque composites.

Figure 5 – Thermal conductivity values for both the top and bottom surface of a filled polymer.

All data reported herein was accomplished using the C-Therm’s MTPS on the Trident platform. Measurement collection was accomplished within minutes, generating complete data sets for both examples in < 1 hour. The rapid sample throughput is another reason why the MTPS is so well-suited for this type of rapid QA/QC application. It should be noted that in both cases the trend in reported values aligned with the trend in filler concentration/location, however, are only used in these scenarios as a qualitative tool. 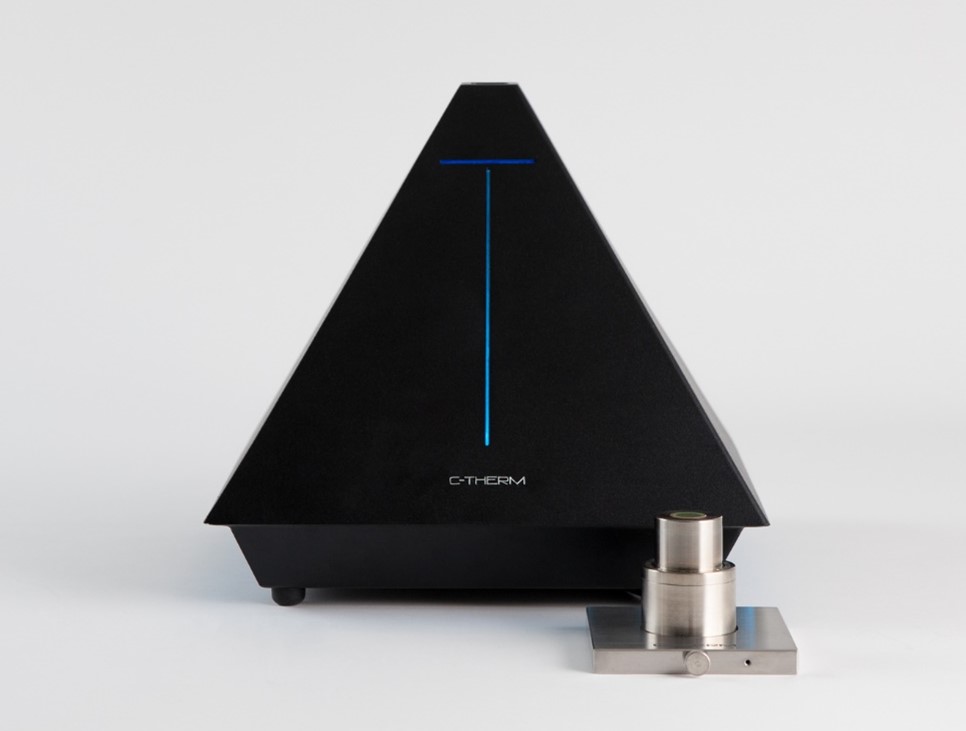 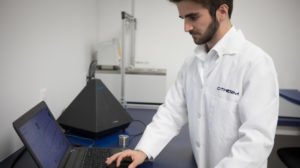