Approximately 10% of the world’s oil reserves are in Canada’s bituminous oil sands of Alberta and Saskatchewan. Bitumen, unlike conventional crude oil, is a viscous material that is almost solid at room temperature. This high viscosity poses a challenge for extraction and processing, leading to millions of dollars spent each year aimed at more efficient extraction and separation methods that produce a more manageable form of this ore. Accurate thermal conductivity measurements of bitumen oil sands are needed to improve these processes.

A typical oil sand deposit contains 10-20% bitumen and 5-10% water. The remainder is mainly composed of solids (mostly silica sand and fine clays). These components are intermixed, resulting in a tarry semi-solid as seen in Figure 1. The soft, sticky ore can be soft enough to be bent or broken with the bare hands. This sticky nature makes them a challenge for traditional thermal conductivity test methods, as they can stick to testing apparatus and cause damage on removal. As well, their heterogeneous structure and fragility makes them inappropriate for contactless test methods like flash diffusivity. An ideal method is one which uses a large enough quantity of sample to get a representative average, but which is small enough to allow for easy sample remove and cleanup, and can test at reservoir pressures. 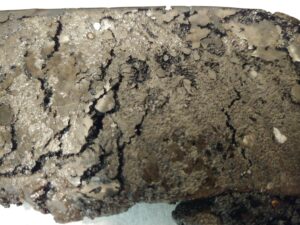 Why Are Thermal Conductivity Measurements of Bitumen Oil Sands Important?

Extraction, separation, and refinement of bitumen are all dependent on the thermal conductivity (k) of the material. One of two methods are typically employed to extract the bitumen: either surface mining or in-situ extraction using steam assisted gravity drainage (SAGD).  SAGD was first developed by Dr. Karl Clark of the Alberta Research Council in the 1920’s, and it is used for ~80% of all bitumen extraction. SAGD injects steam into the bitumen reservoir, heating the bitumen and reducing its viscosity. The effectiveness of the steam as a heating agent depends on the thermal conductivity of both the bitumen and the surrounding matrix.

Once the bitumen liquifies, the resulting emulsion of bitumen and steam is pumped to the surface. Next, gravity separates the oil from other parts of the mixture. Gravity separation is driven by density differences in the components of the emulsion, and density is strongly correlated with the thermal properties of the mixture. The thermal conductivity of the bitumen oil sand ore dictates the kinetics of heat-transfer operations and the speed with which the ore can be extracted, upgraded, and modified, as well as the critical temperature for reactor safety.  It is therefore critical to monitor thermal properties such as thermal conductivity and specific heat capacity through all stages of bitumen processing.

How Do You Test the Thermal Conductivity of Bitumen Oil Sands? 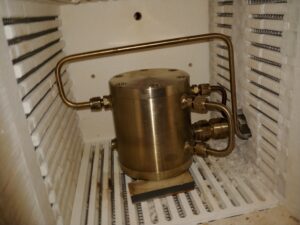 In this in-house study (Figure 3), we use the MTPS sensor to conduct thermal conductivity measurements of bitumen oil sands material. We tested at temperatures ranging between ambient and 150°C and at a pressure of 700 psi. Thermal conductivity inversely correlates with the temperature, consistent with the effects seen during the bitumen steam extraction process. 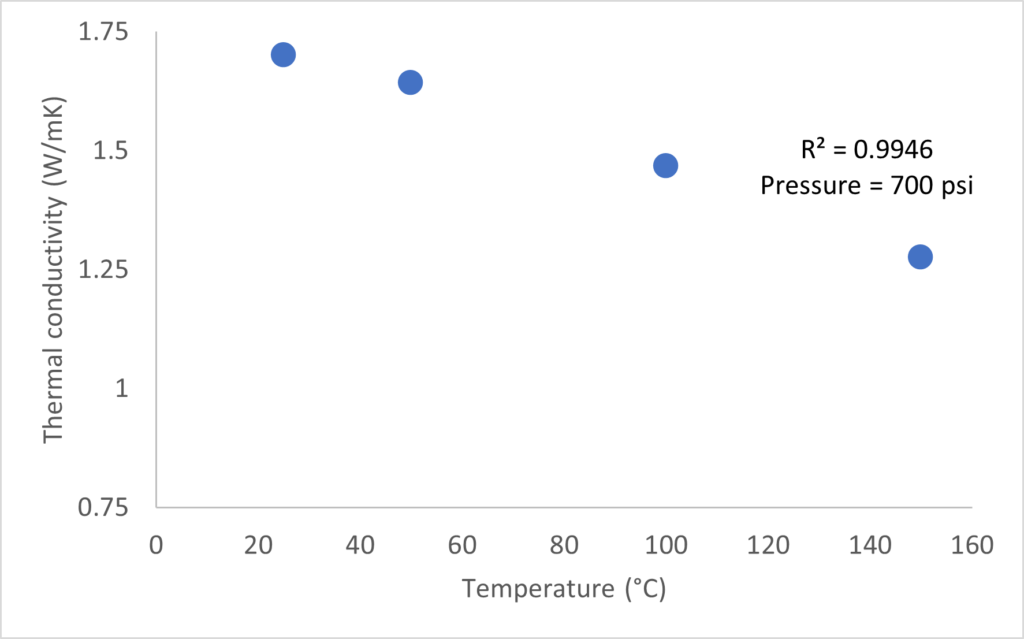 Figure 3: Thermal Conductivity of Oil Sand Ore as a Function of Temperature.

This data is relevant for process control in bitumen extraction, processing, and refinement steps since different bitumen sources will have different thermal conductivity curves. It can be used to ensure that existing processing procedures are functioning in an optimal manner and to determine any processing changes required to treat bitumen from different sources. The C-Therm MTPS sensor is capable of measuring both the solid and liquid forms of bitumen across the entire temperature range, making it an ideal method for oil sands samples.