Increasingly, work is being devoted to replacing heavy and expensive metallic heat sinks with lower cost, lighter organic-based heat sinks. One way in which to do this is to mix a polymer material with some thermally conductive additive to improve its thermal conductivity. Such a material is referred to as a thermally-conductive polymer composite (TCPC) material. The field of TCPC research is an emerging and highly competitive one – however, historically, such materials have historically possessed very high percolation thresholds – the percolation threshold being the point at which an additive in such a mixture begins to have an appreciable and scalable effect upon the thermal conductivity of the mixture, before which there is little, if any appreciable improvement in thermal conductivity upon successive additions of additive (Figure 1). 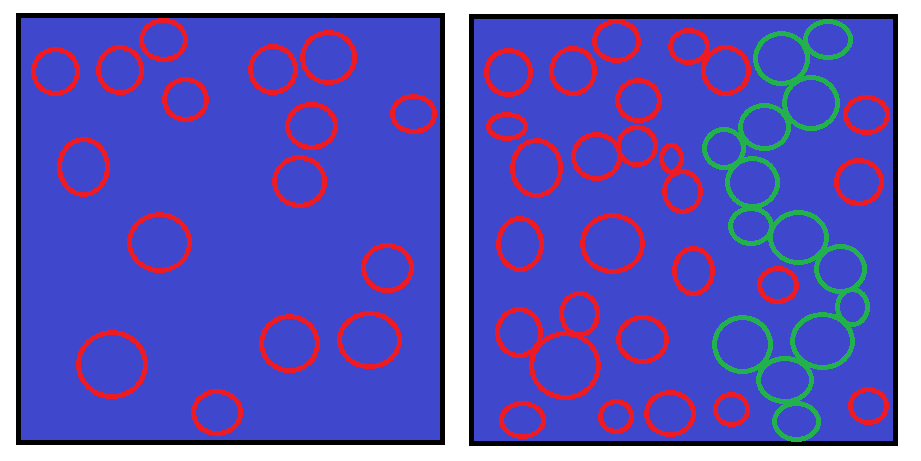 As a result of the high percolation threshold, very high loadings of additives (30 wt% or more) have been needed to achieve the desired thermal conductivity. The issue with such a high loading is that it sacrifices the mechanical properties, and sometimes the electrical properties, of the composite for the thermal conductivity, and it makes the composite denser, resulting in a heavier consumer good. Research in recent years has therefore focused on ways of reducing the required additive loading.

Scientists from the Chinese Academy of Forestry and the Chinese Academy of Sciences recently published work in the Journal of Composites Science and Technology detailing thermal conductivity improvement of a polylactic acid (PLA)/polycaprolactone (PCL) blend by addition of graphene, a type of elemental carbon one layer thick with an extremely high thermal conductivity. This work is unique, as the additive doping requirement was substantially reduced by trapping the graphene material at the interface of the polymer blend. 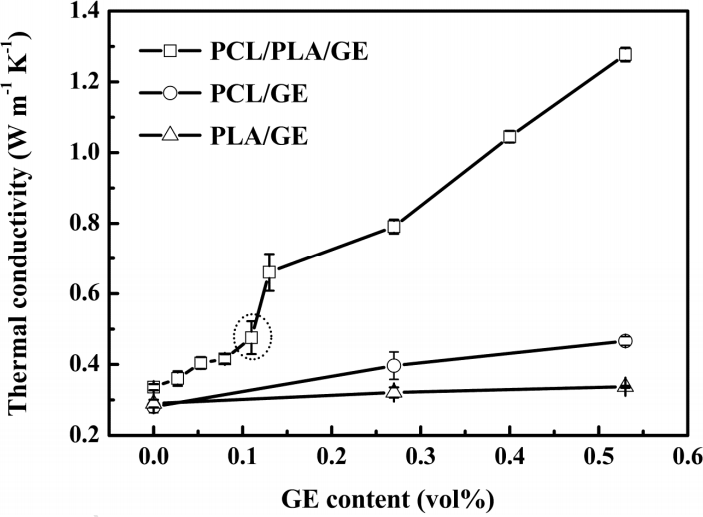 Figure 2. Thermal conductivity of PLA/GE, PCL/GE, and PCL/PLA/GE composite materials as a function of GE loading.