Aerogels are a relatively new class of ultralight, porous materials, typically derived from a gel. In an aerogel, the liquid component of the gel has been replaced by a gas (typically air). Owing to the very light nature of most aerogels, most aerogel samples have a transluscent, blueish appearance. Porosity of aerogels is generally in excess of 98% (meaning that, per unit volume, >98% of an aerogel’s volume is pore volume). Aerogels can be made of a variety of chemical compounds. 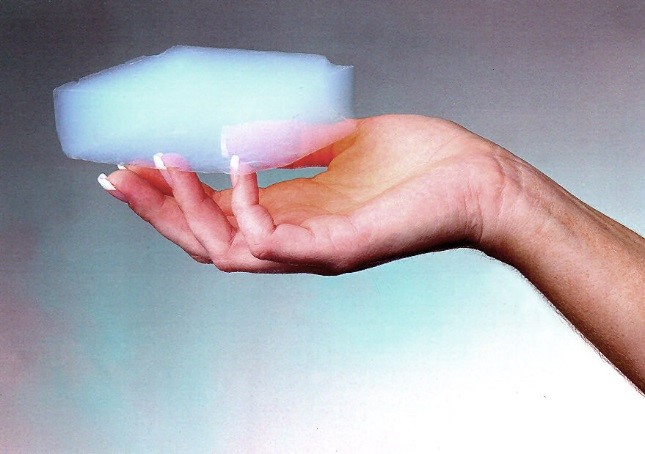 Three commercially-available aerogel samples were recently provided by a client seeking performance data on them in comparison to the specification sheet. The samples were analyzed with the C-Therm TCi Thermal Conductivity Analyzer using the Modified Transient Plane Source (MTPS) technique. The results are displayed below: 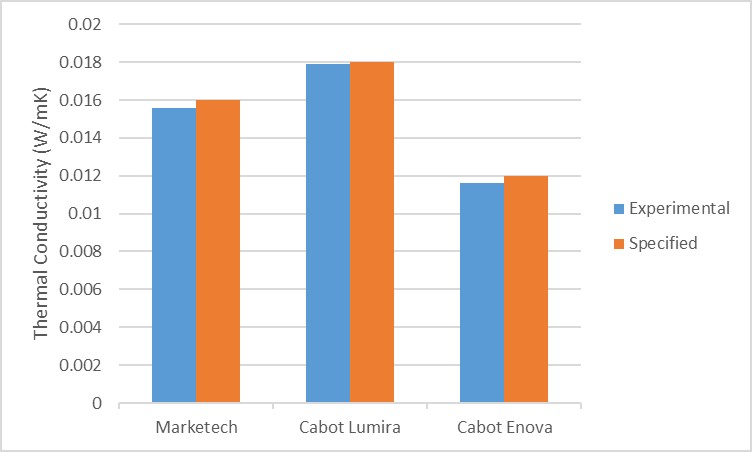