What is the Difference Between Particle Distribution and Dispersion in Thermally Conductive Adhesives?

Figure 1: A sample with visual particle settling; note that the top of the composite contains less filler material than the bottom, leading to inconsistent thermal properties

Particle dispersion can refer to two different concepts depending on how it is used. Most generally, a dispersion refers to particles of one material being introduced into a continuous phase of another material. This means that dispersions include things like solutions, colloids, suspensions, emulsions, and more that we see in everyday life [1].

However, the term dispersion can also be used qualitatively, as a measure of the relative size and separation of the particles within a dispersion; this is sometimes called the degree of dispersion [2]. In the ideal dispersion, each particle would be as small as possible, without clumping together [3].

Figure 2: An example of good particle dispersion, with poor particle distribution. Each individual particle is the same size, and no agglomerations have been formed, however they don’t fill the entire space.

In thermal adhesives, the presence of agglomeration can pose significant problems for heat transfer. Uneven particle size and surface area can cause uneven heat generating hotspots which puts more areas at risk of failure. Achieving good particle dispersion increases the effectiveness of each particle, maximizing the property improvement. 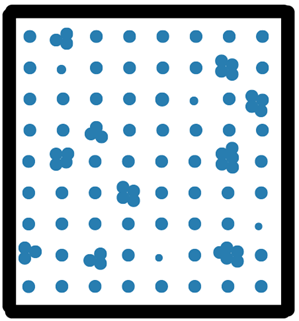 Figure 3: An example of good particle distribution, with poor dispersion. Each particle is an equal distance apart, filling the whole space, however agglomerates have formed.

Good particle distribution means that the particles are homogeneously spread throughout the medium, at equal distances from one another. Crucially, this differs from dispersion as it does not consider the relative sizes of the individual particles, only their position within the medium.

Particle sedimentation is the culmination of both poor particle dispersion and distribution. Thermal adhesives are a type of suspension, which have particles large enough and dense enough to be susceptible to sedimentation [6]. 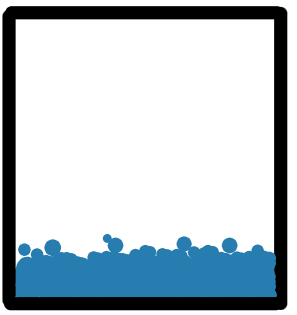 Figure 4: An example of sedimentation. The increased density of the filler materials caused them to settle out of suspension after a period of time, resulting in poor thermal properties

As the nanoparticles interact, the intermolecular forces naturally draws the particles closer to one another, forming agglomerates and decreasing the degree of dispersion. As this occurs, the agglomerates become heavier, sinking towards the bottom of the dispensing drum via gravity, reducing the particle distribution. Given enough time, the vast majority of the conductive filler will sink to the bottom, drastically reducing the dispensed adhesive’s thermal performance.

Particle morphology can have a significant effect on the dispersion quality. The size and shape of the particles, the surface tension, and shear forces all play an important role in the formation of aggregates and the eventual sedimentation of the filler particles. It has been found that sedimentation occurs more rapidly with non-uniform size, and irregularly shaped fillers; whereas smaller, spherical particles showed a much more uniform distribution [7].

Many natural forces promote aggregation and sedimentation; however, the viscosity of the dispersion medium acts as a “repulsive force for the separation of the particles,” [7]. In some industries, thixotropic agents are used to help prevent the agglomeration of particles. Thixotropic agents alter the material properties so that at rest, the material has a higher viscosity; but when under shear, the viscosity will drastically decrease. This allows for particles to resist agglomeration at rest, while still dispensing appropriately [8].

In conclusion, both particle dispersion and distribution are necessary factors to consider for achieving the optimal performance of thermally conductive filled adhesives. Good filler dispersion ensures that the maximum property enhancements are being achieved, as none are wasted in agglomerates, while good particle distribution ensures that those optimized properties are applied evenly across the entire medium, providing uniform results.

-To learn more about how filler distribution quality can be monitored using thermal conductivity for quality control, see our webinar.

This has been a part of our Thermal Interface Materials (TIMs) and Dielectrics application.

[3] Celzard, A. (2014). What do dispersion and distribution of the filler into polymer matrix mean?. Research Gate. https://www.researchgate.net/post/What-do-dispersion-and-distribution-of-the-filler-into-polymer-matrix-mean#:~:text=Distribution%20is%20the%20way%20the,is%20homogeneoulsy%20filled%20with%20particles.

[7] Samal, S. (2020). Effect of shape and size of filler particle on the aggregation and sedimentation behavior of the polymer composite. Powder Technology. https://www.sciencedirect.com/science/article/abs/pii/S0032591020301613