Tires are an essential part of our vehicles. They provide traction and stability while driving, largely through the imposed tread on the rubber tire surface. This tread is introduced to the tire via the tire curing process, in which a “green tire” is heated and pressurized in a mold containing the treads. A green tire is simply the tire with all its components (steel, rubber, textiles, various chemicals) assembled prior to the curing process. The tire is typically heated to elevated temperatures (approximately 300 °C) and is expanded to the mold using what is called a tire bladder (example green tire can be seen in Figure 1). 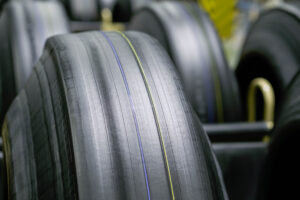 Figure 1: Image of a green tire (uncured tire) made of all required components before the curing process occurs

A tire bladder could be described as a sort of inflatable rubber bag that is meant to expand into a green tire situated in a mold. By applying internal pressure to the inner bladder cavity, which is supplied by a fluid such as gas, hot water, or steam, the bladder will expand. The supplied fluid also contributes to the transfer of heat for the curing or vulcanization of the tire. Below in Figure 2 is an example of what a tire curing system might look like, note the markings on the image identifying the relevant components. 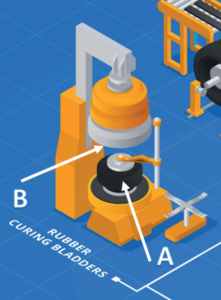 Within the tire curing process, concerning the tire bladder, there are several critical performance attributes that define how efficient the tire bladder is during the process. Some of the factors that should be considered include [1]: 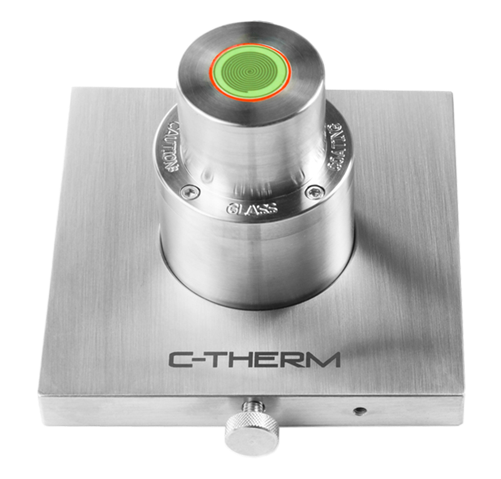 A paper was published by the Institute of Ceramics and Polymer Engineering at the University of Miskolc, and BorsodChem Zrt, both located in Hungary, concerning the thermal and mechanical properties of polyurethane elastomers with the addition of a silicon carbide filler. The elastomer was filled with varying contents of SiC from 0 to 30 wt%, with the resulting impacts on the thermal conductivity observed. The thermal conductivity of the filled elastomers was measured using the Modified Transient Plane Source (MTPS) sensor from C-Therm Technologies (seen above in Figure 3). The MTPS sensor can take measurements quickly (approx. 1 second), with repeatability better than 1%, across a wide range of materials. Below in Figure 4 is the relationship between the thermal conductivity of the composite and the content of SiC, as reported in the paper.

Figure 4: Relationship between the thermal conductivity and the SiC content of polyurethane elastomers [1]

It is clear from the figure above that the thermal conductivity of the elastomer composite approximately increased by 2 times, due to the even distribution of the SiC fillers. It was discovered that at approximately 20% SiC content, although there was an increase in thermal conductivity, there was a decrease in the elongation breaking point. This was determined to likely be caused by a loss in elastic deformation of the polyurethane elastomer matrix due to incompatibility between SiC particles and the polyurethane matrix. Often when specific material properties are being pursued, the desired change in one property may lead to an undesired change in another. It is important for researchers to find an appropriate balance in optimizing material properties, typically through extensive material testing. This note demonstrates the importance of accurate thermal conductivity measurements in formulation development, and the value of instrumentation such as C-Therm’s Trident thermal conductivity instrument in accelerating R&D.

Silicon carbide is one of many types of thermally conductive fillers, to read more about different types of fillers, click here.

This blog post is a part of our Automotive and Polymers applications.