Dr. Horatio Scott Carslaw was born on February 12th, 1870 in Helensburgh, Scotland. Throughout childhood, the value of education was instilled into Carslaw by his family; his father had published at least five books, and his three brothers received medical degrees [2].

These values would manifest in his time at school. At the University of Galsgow, he studied mathematics, physics, Latin, Greek, logic, and moral philosophy. He would go on to complete his master of arts with First Class Honours in math and physics, the Cunningham Gold Medal in Pure Mathematics, and the Eglington Fellowship. From there, he moved to the prestigious University of Cambridge, earning a bachelor of arts and the title Fourth Wrangler.  Following this, he accepted a role as a lecturer at his alma mater, the University of Glasgow [3].

During his tenure there, he briefly studied abroad in Rome, Palermo, and Göttingen, which would be a very significant time in his life. In Göttingen, he would begin work on heat conduction. After witnessing another researcher modify the commonly used method of images to solve differential equations, Carlsaw improved upon the work and applied it to problems of heat conduction [4]. Figure 2: Carslaw Building at the University of Sydney, named in his honour [5]

His interest in the subject would progress as he accepted a new role as the Chair of Pure and Applied Mathematics at the University of Sydney, Australia. At the time, Australia had been a newly federated country, and Carslaw had found many elements of the university and the nation lacking. However, he was a self-described “teacher who enjoyed teaching” and over the course of his life he introduced up to date math books, wrote on non-Euclidian geometry for the benefit of other Australian professors, and standardized the math curriculum across the country as Chief Examiner of Mathematics for 30 years. It would be through the University of Sydney that he met his future co-author, John C. Jaeger [2]. 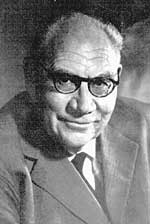 Figure 3: John C. Jaeger, co-author of the Conduction of Heat in Solids [6]

John Conrad Jaeger, born July 30th,1907, in Sydney Australia. An only child, from a young age he showed great interest in engines and education. Early on he enrolled in multiple Sydney grammar schools, and at the age of 16 enrolled in the engineering program at the University of Sydney in 1924. He was very successful, receiving scholarships and distinctions; however, after two years he would transfer to the Faculty of Science, due in part to the work Carslaw had been doing as professor of mathematics. After graduating in 1928, he went onto the University of Cambridge, in the same college as Carslaw, deepening the ties with his former professor [6]. 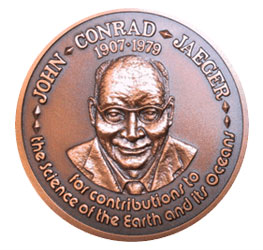 Figure 4: The John Conrad Jaeger Medal, given by the Australian Academy of Science for contributions to the Earth Sciences

After his tenure at Cambridge, Jaeger began teaching mathematics at the University of Tasmania. Jaeger had a diverse career, having interest in both pure and applied mathematics. During the Second World War, he worked extensively with fuel alternatives and the geological sciences, accomplishments that were recognized by the Jaeger Medal for Australian Earth Sciences [7].

Following the war, Jaeger and Carslaw would begin publishing many books together.Although they collaborated on many projects, Conduction of Heat in Solids in 1947 would be their most significant work. Carslaw had been studying the Fourier series and heat conduction since before Jaeger was born, and his work with Laplace transforms enabled the analytical solutions to many of the conduction problems presented in the text. However, due to Carslaw’s advanced age, Jaeger was instrumental in the actual writing of the work, as well as his extensive hand calculations used in the text. Indeed, Carlsaw himself had said “I am only really by courtesy one of the authors of Carslaw and Jaeger’s Conduction of Heat in Solids.” After Carslaw’s death, Jaeger expanded on the work presented by the two of them in a 1959 re-issue [6].

The partnership between these two men has had substantial contributions towards science, mathematics, engineering, and industry. The solutions and methods presented in Conduction of Heat in Solids has proved the basis for the study of heat conduction and thermal properties such as conductivity and effusivity measurements. This has allowed for increased safety, energy efficiency, material production, and quality control. The legacy of these two men has been recognized through various medals, awards, and buildings, and will be continued to be remembered through all the advancements and applications of thermal research.