The conversion of temperature differences to voltage is accomplished via thermoelectric devices (materials), and has the potential to significantly increase efficiency in power generation and refrigeration. 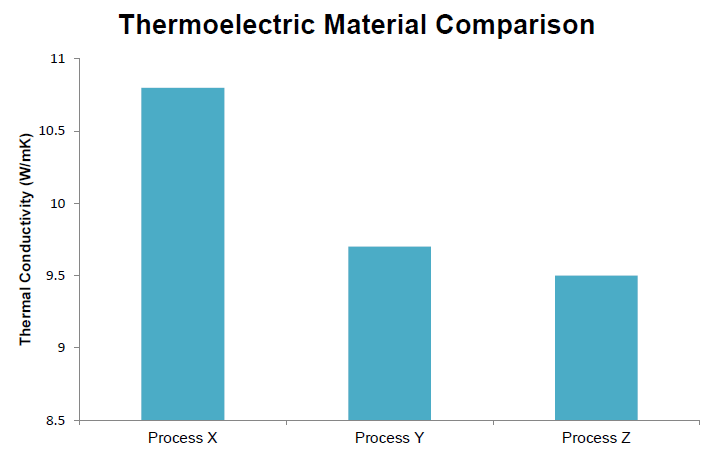 Employing the Modified Transient Plane Source technique via the TCi, the thermoelectrics researcher was able to easily and accuratly run analysis.

“The accuracy and repeatability of the TCi allowed us to confidently distinguish real differences in material properties and isolate the process parameters leading to reduced thermal conductivity.”

You can learn more about the TCi and a variety of its capabilities in our webinar archives.