Characterizing the Thermal Conductivity of Ceramic Foams from Industrial Waste

Researchers from the Federal University of Santa Catarina recently published work on the thermal conductivity of ceramic foams from industrial solid waste.

The objective was to produce and characterise ceramic foams from glass bottles, sludge from sewage treatment station and graphite (0 - 10 wt%) as a foaming agent. Different compositions were formulated and prepared to obtain materials with controlled porosity for applications where thermal insulation is the main requirement. The raw materials of the prepared compositions were mixed and uniaxially pressed at 40 MPa. Subsequently, the prepared samples were dried and fired at different temperatures (800 – 950 C) for 30 minutes, respectively. The raw materials and obtained ceramic foams were characterized in terms of their thermal properties. The results showed that it is possible to produce ceramic foams for thermal insulation with optimized compositions containing 90 vol% glass and 10 vol% sludge with addition of 10 wt% graphite. The ceramic foams showed thermal conductivity from 0.101 to 0.175 W/mK. 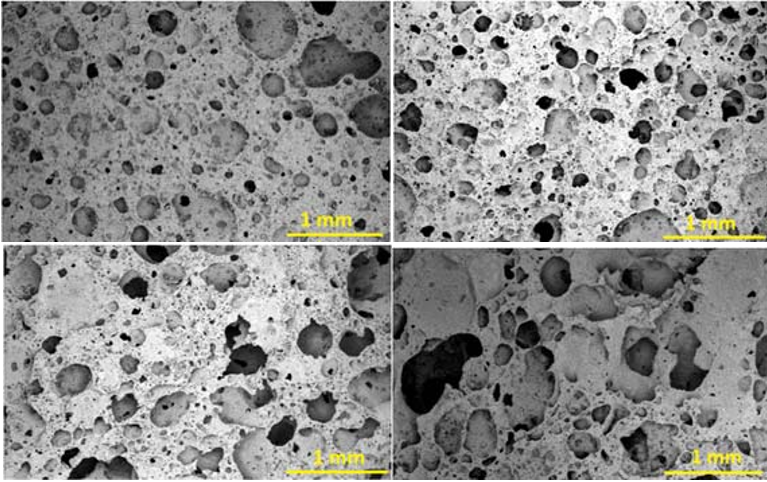