Comparison of a ceramic’s thermal expansion before and after firing gives insight into its behavior across a range of temperatures. This data is valuable in refining the firing process, and understanding how a material performs in high-temperature applications. 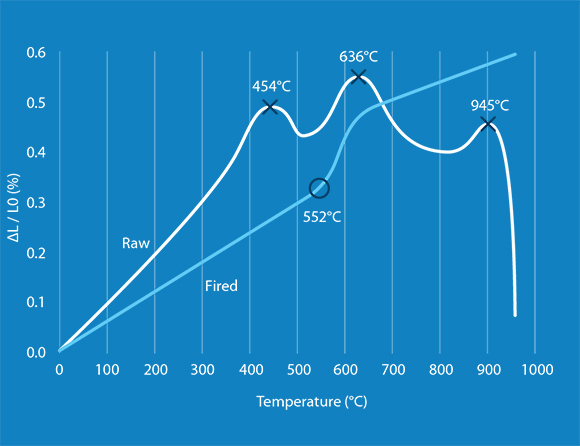 Glazing is a critical process in the final production of ceramics, from capacitors to cookware.  To ensure a properly glazed ceramic, the Coefficient of Thermal Expansion (CTE) must be considered for both the glaze and the base ceramic.  Ideally, the glazing exhibits a slightly lower CTE than the ceramic to facilitate a tight lamination. A larger glaze CTE can result in cracking and a weaker finished product, due to a CTE mismatch between the glaze and substrate. 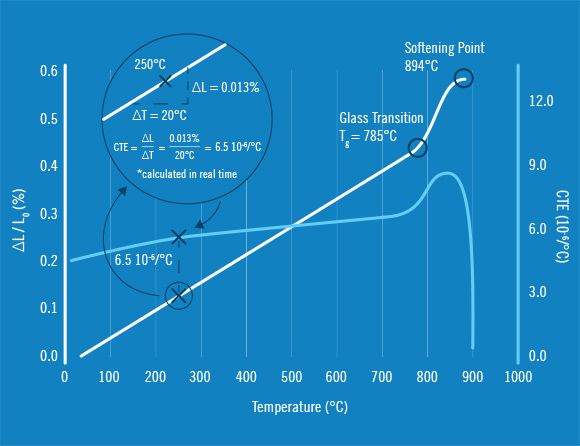 A ceramic glaze (white) was heated through its glass transition point (Tg) at 785ºC and to its softening point (894ºC).  The resulting CTE (blue) is calculated and displayed in real-time via the right y-axis.